Cycling is a favoured mode of transport for many people in the UK. Not only is cycling a good way to get your daily exercise but it has other benefits as well. Cycling is relaxing and can help reduce stress. It is also an environmentally-friendly way to travel.

Today, an increasing number of cities such as London are becoming more bicycle friendly with separate paths for cyclists to encourage more people take up cycling. As a result, cycling has become hugely popular over the past few years with people cycling not just for recreation, but to get to work and run errands as well. However, cycling is also not without its fair share of drawbacks and road accidents involving cycles are at the top of the list. These accidents, more often than not, are extremely dangerous for cyclists since bicycles offer no barriers to protect from physical harm whatsoever. 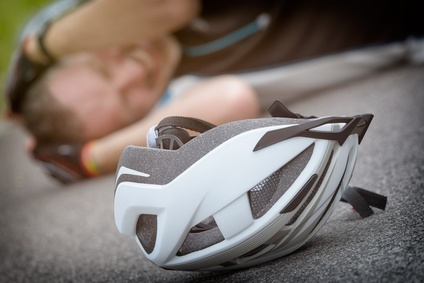 Despite taking measures to design cyclist-friendly paths, cyclists often need to share roads with other vehicles, from motorbikes and cars to larger buses and lorries. Even if you are a very experienced and skilled cyclist with good control over your bicycle and proper knowledge of the highway code, you are only safe if others using the road are equally aware of the rules and follow them.

Lack of road awareness, failure to judge the speed or distance of the cyclist, the inability of drivers to see cyclists properly and general rash or negligent behaviour, are some of the major reasons why cycling accidents happen.

Among the most common causes of cycling accidents are:

Vehicles Turning Into The Path Of Cyclists

This is among the leading causes of cycling accidents. This scenario usually arises when the driver of another vehicle overtakes the cyclist and suddenly slows down to turn, putting the vehicle directly into the path of the cyclist. In almost all such instances, car drivers assume that there is ample space and time for the cyclist to slow down and avoid crashing into them. Very often, drivers even admit to not having noticed the cyclist at the side of the road and hence they did not see the need to take any precautions.

Drivers Failing To See Cyclists When Turning Or Changing Lanes

This is again one of the major causes of road accidents involving cyclists. Sometimes, a vehicle may take a turn at high speed and, unable to stop in time, hit a cyclist due to their much slower speed. Another scenario is where a car or lorry underestimates the speed of the cyclist and moves into the cyclist’s lane, not giving the cyclist enough time to react.

Vehicles Pulling Out Of A Junction

When a vehicle pulls out of a junction, for example from a smaller road onto a larger one, cyclists are at a greater risk of being hit. In such scenarios, the vehicle ends up right in front of the cyclist, and quite often, the distance is too short for the cyclist to be able to react in time to avoid a collision. In such a case, the driver is hardly at any risk of getting injured, while the same cannot be said of the cyclist. Depending on the circumstances, the person riding the cycle is at risk of suffering severe injuries.

Vehicle Doors Opening In Front Of An Oncoming Cyclist

These accidents happen with alarming regularity. Vehicle drivers or passengers sometimes open the doors of their vehicles without bothering to check properly if a cyclist is approaching from behind. Cyclists usually have no time to react, and even when they do, their only options are either to swerve into lanes with other vehicles which are a lot faster than they are or to crash into the door.

Badly maintained, pothole-ridden roads are every cyclist’s nightmare. Being extremely lightweight, cycles can lose balance or get damaged due to bumpy roads, resulting in accidents and injuries.  If negligence can be proven where a cyclist has been injured in a pothole accident they may be entitled to compensation.

Sometimes puddles of water or oil slicks on the road can cause bicycles to skid and cause the rider to suffer severe injuries.

Drivers who speed and drive recklessly with scant regard for others on the road are another major cause of bicycle accidents. The damage is even more pronounced for cyclists due to the lack of any significant physical protection on cycles, apart from any safety gear they might be wearing.

Cycling accidents can cause various types of injuries ranging from mild and uncomfortable to those that are unfortunately fatal. Among the most common injuries to cyclists are:

Minor falls or skids can cause surface injuries to the skin commonly referred to as road rash. While painful for a few days or even a few weeks, they heal quite quickly and can be managed with antiseptic and some cream in many cases.

More serious falls from a bicycle can cause soft tissue damage which can take a few weeks to a few months to heal, depending on the severity. The most commonly injured areas are the back and shoulders.

Sometimes bicycle accidents may be severe enough to cause fractures. Collarbones, wrists, ankles, legs, pelvis, ribs and skull fractures have been observed in victims of cycling accidents.

This is perhaps the most dangerous of all the injuries listed here. They range from mild concussions to brain damage which can be fatal.

All injuries are not visible. Accidents can leave lasting imprints on the psyche of survivors and cause anxiety, depression, panic attacks, mood swings and paranoia which can severely affect quality of life. These are no less debilitating than physical injuries and can be very difficult to cope with.

It is important to note, that if you are injured in a no-fault cycling accident in the UK, you may have a right to make a cycle accident claim. An experienced personal injury solicitor is the right person to get advice from in this regard.