How much compensation can you claim for PTSD?

PTSD or post-traumatic stress disorder, is a psychiatric disorder that can occur after a person 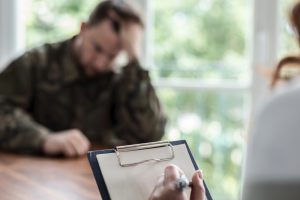 experiences a traumatic or extremely stressful event. PTSD can be caused due to a variety of reasons, from being in an accident to witnessing a violent event. While some amount of shock and distress is not unusual after witnessing or being the victim of a violent or traumatic episode, it is only classified as PTSD if the symptoms persist for more than a month after the actual event.

If you have been diagnosed with post-traumatic stress disorder and it was caused due to no fault of yours, you may be eligible to file a PTSD compensation claim.

Some of the more common symptoms of PTSD include:

Many people who file a PTSD compensation claim have had their lives totally disrupted by the condition and may find the thought of solicitors and legal action overwhelming. However, experienced personal injury solicitors will make the entire process as simple and straightforward as they possibly can, and in most cases everything can simply be conducted by telephone and email.

Can I Make A PTSD Compensation Claim?

PTSD compensation may be awarded to cover a claimants pain and suffering, loss of amenity, and also financial losses such as loss of earnings if they have developed the condition due to somebody else’s negligence.

There is no one cause of PTSD compensation claims. Post-traumatic stress disorder can be triggered by a single event such as being in a road traffic accident or it can be caused by a series of recurring events such as being the victim of domestic abuse, but if somebody else is to blame or at fault for your PTSD then you may be eligible for compensation.

Firefighters, emergency service workers, paramedics, ambulance workers and those who work in the police force or the military armed forces are all at a higher risk of experiencing horrific events that can lead to PTSD.

Other causes of PTSD compensation claims may include:

If any of the above have caused you PTSD contact our solicitors today and they will be able to advise how much compensation for PTSD you could claim.

How Much Compensation For Post-Traumatic Stress Disorder?

The guidelines for PTSD compensation payouts have been determined from previous cases involving psychological trauma because of threatened death, sexual violation, and serious injuries. As every PTSD claim is unique and symptoms may differ in severity or type from person to person, so can the compensation amount you actually receive. Speaking with a personal injury solicitor should give you a better indication.

In order to file a successful PTSD compensation claim, it needs to be proven that you are suffering from post-traumatic stress disorder and that it was caused due to no fault of yours. Determining how much you are affected by the disorder and how much compensation to claim for can be challenging. How do you put a value on the extent to which you have been affected by the symptoms of the disorder? A personal injury solicitor who has dealt with PTSD compensation claims understands these challenges and should have the experience to calculate and process such a claim and get their client the maximum compensation.

A personal injury solicitor will have in-depth knowledge of the law. They know exactly what documents need to be submitted and how to put together a strong PTSD claim. Personal injury solicitors also have access to mental health experts who can support your claim by conducting an examination to determine the severity of your disorder and the future prognosis. This can be arranged as local to you as possible.

If you would like to discuss a PTSD compensation claim on a No Win No Fee basis with a personal injury solicitor, please contact us today.