Have you got a claim for Botox injury compensation?

There are many ways in which you can receive a cheekbone injury including criminal assault, workplace accidents, clinical negligence and simple slips, trips and falls. Obviously, not every cheekbone injury will be as a consequence of negligence but there are a number of occasions where compensation may be available. A relatively innocuous incident can lead to a serious cheekbone injury which can also impact other areas of the face and lead to various complications. 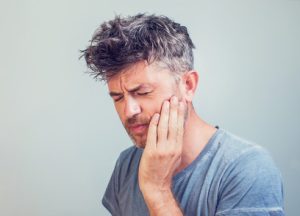 If you’ve suffered a fractured cheekbone or other cheekbone injury because another person or party has been negligent you could have a claim for compensation.

The cheekbone itself is referred to as the zygomatic or malar bones and any damage can be extremely painful. Cheekbone injury claims can occur in a wide variety of different circumstances. These include:

Unfortunately, criminal assaults are a regular source of broken cheekbones with innocent victims often caught in the crossfire. If the assailant can be located and brought to account they may well face criminal and personal injury claim action. The CICA is funded by the UK government and could pay out on compensation as a consequence of criminal assault where the assailant has not been brought to justice.

On the whole it is fairly simple to diagnose a cheekbone injury as they are often highly visible. There will be situations where the injury may not be as visible to the naked eye and unfortunately on occasion doctors and paramedics have failed to carry out a full examination. A number of people have also come forward to claim compensation for cheekbone injuries received during a routine operation. As with all clinical negligence, the treatment received will be compared to the treatment which other doctors would likely have administered and if this falls short then there may be a case for negligence and compensation.

Responsibility for roads and public footpaths across the UK is split between local authorities and the highway authority. They have an obligation to maintain all roads and public footpaths to an acceptable standard so as to ensure the safety of the general public and motorists. Those who receive cheekbone injuries such as a fractured cheekbone as a consequence of an accident caused by ill maintained roads/ public footpaths may well have a case for compensation. They would need to prove that the authorities were aware of the dangers, had sufficient time to react but failed to carry out their basic duties.

It is the responsibility of all employers to ensure the safety and well-being of their employees while under their control. The Health and Safety at Work Act 1974 is an umbrella act which lays up on all employers a legal liability to ensure the well-being of their employees and visitors to their premises. If for example a fractured cheekbone was received in the workplace due to inadequate safety equipment being available, badly maintained machinery or other examples of negligence, then there may well be a case for compensation.

These are just four examples of the more common types of cheekbone injury although in reality they could happen anywhere.

Before we look at the various levels of compensation available for different types and severity of cheekbone fractures, there are some other issues to consider. Cheekbone injuries and corrective surgery can lead to permanent scarring, excessive bleeding, damage to the eye socket and vision, drooping eyelids and where metal plates are inserted, the ongoing risk of infection where all issues relating to the injury could be compensated for. The compensation settlements below relate just to the cheekbone, however you can use the compensation calculator to find out what levels of compensation may be available for other injuries.

If you want to claim compensation for a cheekbone injury there is a need to prove negligence on behalf of one or more third party whether this is a local/national authority, employer or those guilty of criminal violence. A compensation claim stands a greater chance of being successful if there is as much evidence as possible. Evidence may include photographs, witness statements, copies of their medical report, details of similar accidents at work and a record of events to give the courts a wider picture. There will be occasions where the claimant is unable to gather evidence at the scene due to their injuries but it is important all evidence is collated as soon as possible.

There is a three-year time limit during which a claimant can start an injury claim for compensation which starts on the day of the incident. In the event that a cheekbone injury was diagnosed further down the line the three year time limit would start on the day the diagnosis was received. In order to ensure that evidence is as clear and concise as possible, as time can fade memories, it is advisable to make a cheekbone injury claim as soon as possible.