If you’re injured in a car accident, our experience pays.

Get expert advice with a free phone consultation.

You hope being involved in a car accident will never happen to you – you take all possible precautions to avoid a car accident but sometimes, no matter what you do, it just isn’t enough. A careless 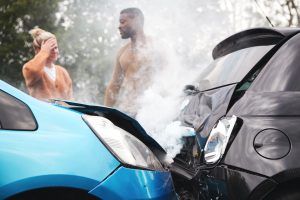 driver could crash into you. An unexpected pothole in the road could cause you to lose control of your car.

Regardless of what caused the car accident, being involved in one can be terrifying. More often than not, people involved in a car accident struggle to think rationally about what to do next. Most people have knee-jerk reactions. Unfortunately, the wrong actions can make a bad situation worse.

We’ve put together a list of things of what to do in a car accident in order to protect your legal rights and make sure your insurance claim gets paid without too much delay.

What To Do Immediately After A Car Accident

What NOT To Do Immediately After A Car Accident

When To Call The Police After A Road Traffic Accident

For whatever reason, if the police are not called to the scene of a serious car accident, you should go to the police station within 24 hours and report the accident. Failing to do this may result in a fine or penalty points. In a worst-case scenario, your driving licence could be revoked.

Once you’ve ensured that all occupants in your vehicle are okay, you should then attend to other post-accident formalities.

It is advisable to always inform your car insurance company if you are involved in any RTA. This is regardless of whether or not you intend to make a claim.

What You Should Know About Withholding Information

All drivers involved in any car accident are legally required to share their personal details with the other driver. It is illegal to withhold information if a person or animal is injured or killed in the accident or if there is any vehicle or property damage. Remember, this exchange of information applies to you as much as it applies to other drivers who have been involved in a car accident.