Meningitis can be an extremely serious medical condition if not treated promptly and is caused when the meninges or protective membranes that surround the brain and spinal cord get infected by a foreign body. The infected meninges get inflamed triggering a wide range of symptoms.

Meningitis may be caused by certain types of bacteria, viruses, fungi and parasites. Although each of these microorganisms causes slightly different symptoms within the typical spectrum, they all act in the same way. When they enter the body, they spread throughout the body through the blood stream. When they reach the brain or the spinal cord, they invade the meninges and start developing into a more advanced infection. This happens very quickly. As the infection spreads, the meninges get inflamed, triggering off the symptoms.

Bacterial and viral infections are the most common causes of meningitis. Of these, viral meningitis is the less serious of the two. Very few people who are infected will develop meningitis symptoms and when they do, the symptoms often go away without any treatment.

Bacterial meningitis, on the other hand, is very serious and can be fatal if left untreated or if the treatment is delayed.

Meningitis symptoms can develop very quickly. The exact symptoms depend on whether the infection is caused by a bacteria, virus, fungus or some other parasite. In general, symptoms of meningitis can include:

There is no fixed order in which meningitis symptoms appear and not everyone who has this disease will have all the symptoms. The variation in the symptoms and the similarity with other more common conditions often results in the diagnosis being delayed.

Who Is At Risk Of Getting Meningitis? 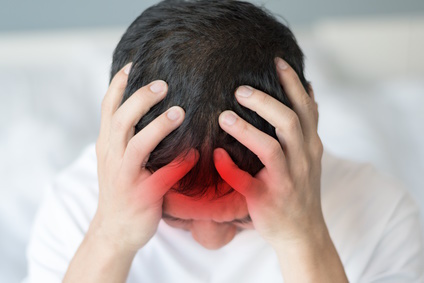 While meningitis does not discriminate between age, sex or race, there are a few factors that may put a person at high risk for getting the disease.

Very young children under 2 years of age are at a higher risk because their immune system is not yet fully developed.

Older adults are also at a higher risk because the immune system gets weaker with advanced age.

Regardless of age, anyone with a compromised immune system is at a higher risk.

Students who live who live in a dormitory, younger children in day care centres and soldiers living in barracks are also at a higher risk. Meningitis can be spread through direct and even indirect contact with bodily fluids. Droplets of infected fluid from a carrier can spread with sneezing, coughing and kissing, or sharing cutlery, utensils and toothbrushes. The communal living arrangement in dorms, barracks and day care centres, where everyone is in close contact with one another for extended periods of time, increases the chances of exposure and infection.

How Is Meningitis Diagnosed?

If you have more than one of the meningitis symptoms mentioned above, your doctor will first conduct tests to rule out other conditions that have similar symptoms. If you belong to any of the high-risk categories, the doctor might order several tests to investigate further.

There are several tests that can be carried out to detect meningitis.

Your doctor may also ask you to get Chest X-Rays to determine the presence of any bacterial or fungal infections.

A lumbar puncture, also known as a spinal tap may be carried out to look for higher pressure in the central nervous system and inflammation or bacteria in the spinal fluid.

The exact treatment for meningitis will depend on whether the infection is caused by a virus or bacteria.

Viral meningitis rarely causes any long-term problems and requires only minimal treatment. The doctor may recommend a hospital stay for a couple of days just to observe the progress of the symptoms. Some types of infection may need to be treated with intravenous antiviral medications. At home, painkillers, anti-nausea medication, staying hydrated and getting plenty of rest can help alleviate the symptoms.

If you have bacterial meningitis however, the treatment is more intensive and often requires at least a week’s stay in the hospital. Treatment protocols vary but often include fluids and antibiotics administered directly into a vein and oxygen through a face mask. Having lots of rest and taking anti-sickness medication and painkillers can help to alleviate meningitis symptoms.

The scariest part about getting meningitis is that it can develop into some serious complications even with treatment. Long term complications may include hearing or vision loss, recurrent seizures or epilepsy, problems with movement, balance or coordination, memory lapses, difficulty concentrating, kidney problems, and bone and joint conditions such as arthritis. Sometimes amputation may be necessary to remove the infected tissue and stop the infection spreading through the body.

Can Meningitis Be Prevented?

Because of its contagious nature, meningitis cannot be prevented entirely but maintaining a healthy lifestyle can decrease the risk. There are vaccinations available to protect against some types of meningitis but none offer 100% protection.

Getting adequate amounts of rest and avoiding close contact with someone who is ill are the best ways to prevent contracting this disease.

If you have suffered from meningitis and believe negligence was the cause, you may like to refer to our page providing advice on meningitis compensation claims.

Last updated on February 14th, 2019From time to time we... END_OF_DOCUMENT_TOKEN_TO_BE_REPLACED