From time to time we have accidents and need to use our great NHS A&E hospitals, they’re a common part of life. So it posed the question, which of us in England are, in fact, the most accident prone in the country?

We aimed to find this out so delved into some official NHS data from 2017 to 2018 to see who exactly had the highest A&E hospital attendance rates in the country.

From this, we took each monthly report and combined the ‘Total attendances’ with the ‘Total Emergency Admissions’ for each hospital. While finding the hospitals exact locations enabling us to split up the hospitals into regional, county and city data. Finally, this data was then compared against the population of the region to present a relative injury to population ration and displayed in the graphics below. 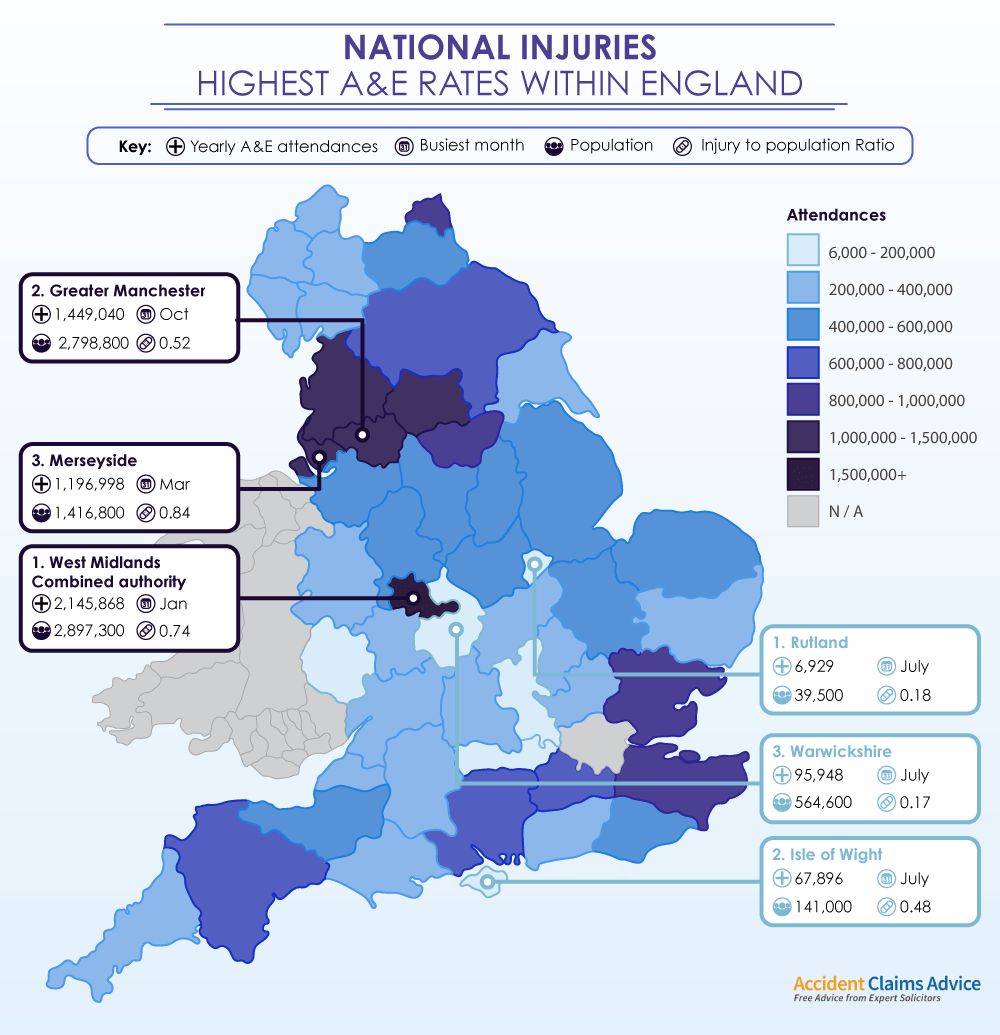 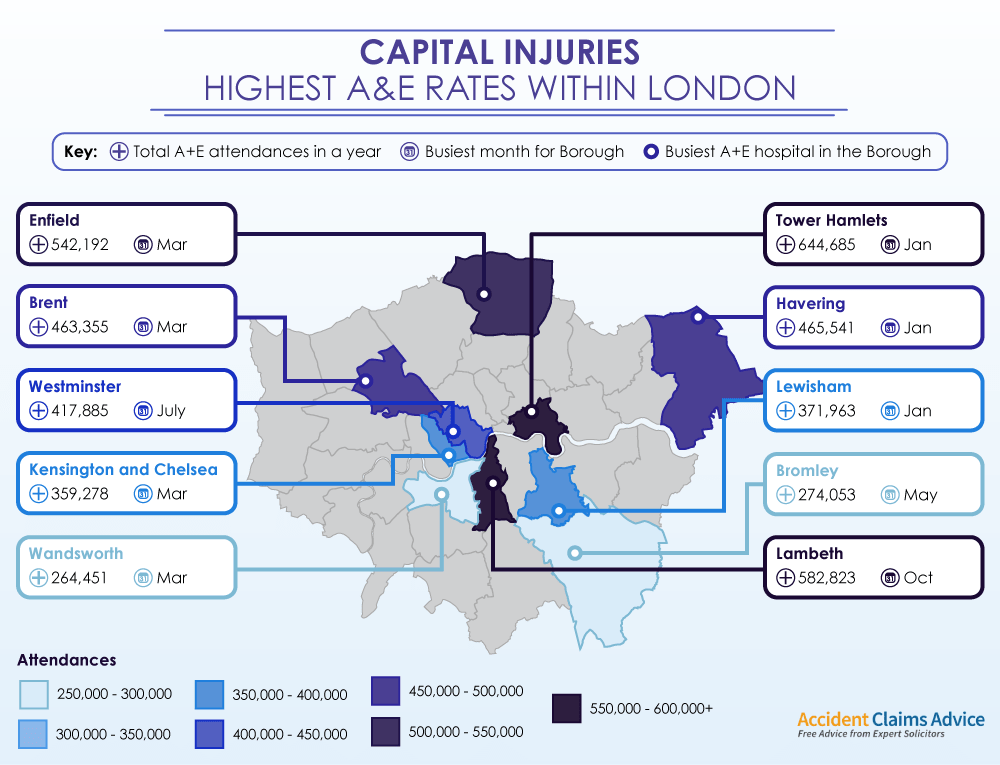 When finding out which hospitals belong to each county, we also wanted to find the A&E attendances for the cities/large towns that are closest to the hospitals and would most likely respond to those hospitals. With the data for city A&E attendances, we put the findings into a Top 10 list and found that Birmingham had the highest amount with 910 thousand, and its busiest month being January. So, if you’re visiting Birmingham anytime soon, perhaps wait until a bit later in the year. 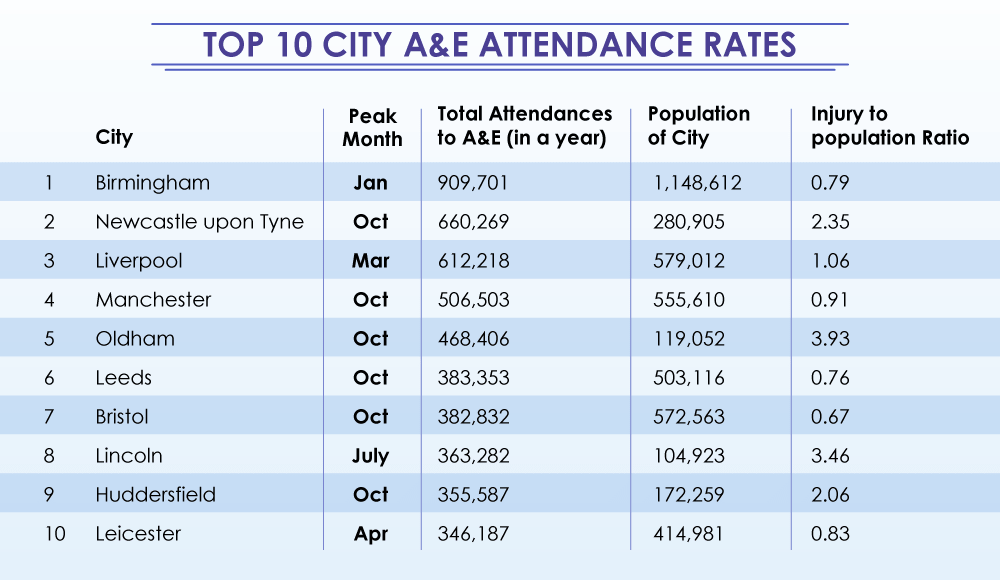 We have also made a table for the data used to create the map. If you wanted an in depth look at the A&E Attendances for all the Counties, the table below lists the attendances from highest to lowest. The table also has the population of each County accompanied by the injury to population number.

Although accidents are usually no one’s fault and are often, completely out of our control, we still advise you should take every precautionary step in every aspect of life to avoid being one of these statistics. If you are unfortunately involved in an accident due to other parties negligence, get our expert advice here and we will help with the situation at hand.

Most of us like to think we are good cooks.... END_OF_DOCUMENT_TOKEN_TO_BE_REPLACED

When it comes to workplace accidents, we ten to think... END_OF_DOCUMENT_TOKEN_TO_BE_REPLACED

Construction sites are rife with all types of hazards, and... END_OF_DOCUMENT_TOKEN_TO_BE_REPLACED